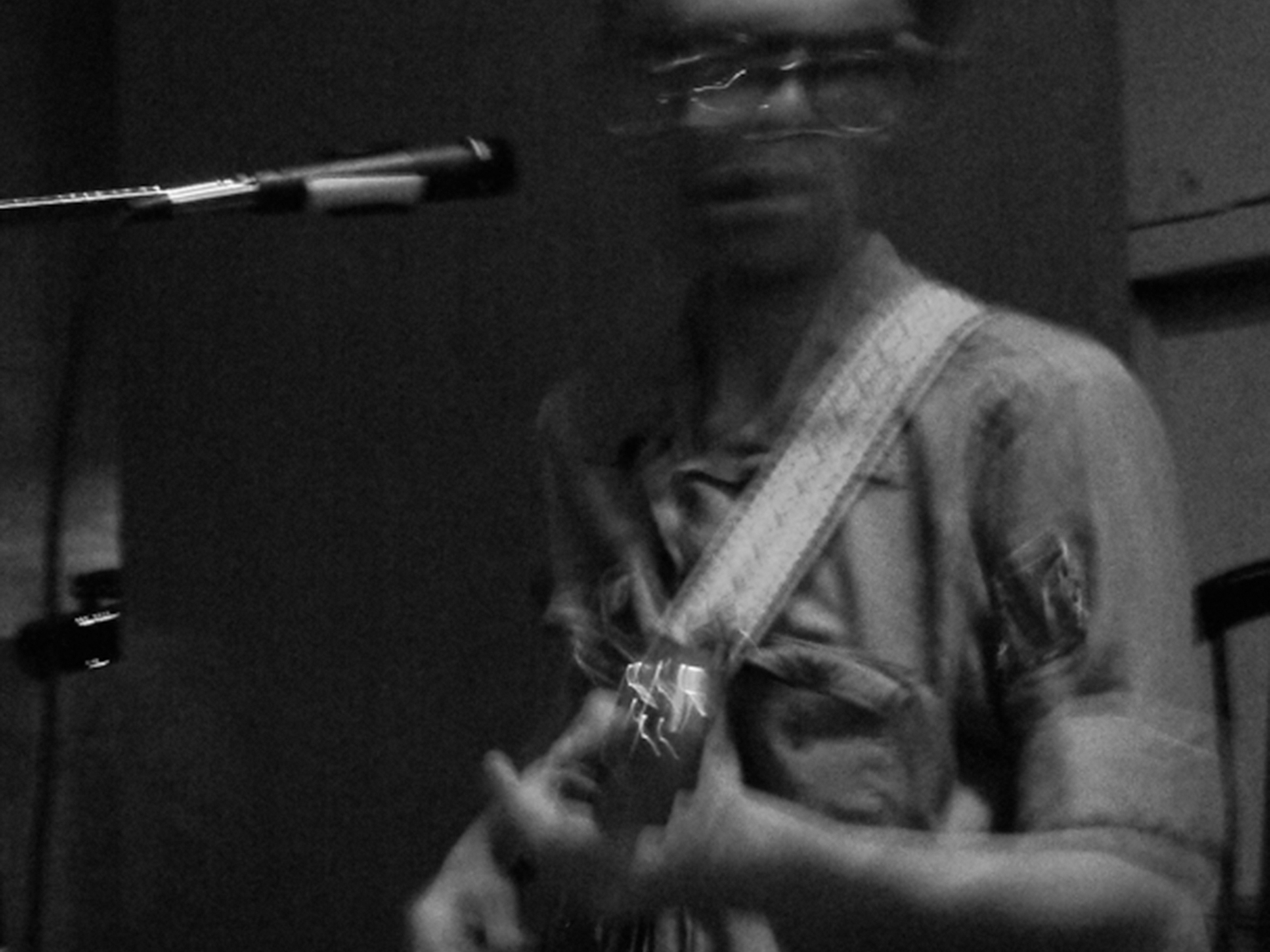 Join the museum for a free outdoor concert on Friday, April 29 from 4:00-7:00 p.m., featuring Portland musician Brian Mumford of Dragging an Ox Through Water, from our Indie Folk playlist. Pullman’s own Raza NorthWest, featuring WSU faculty Darryl Singleton and Alan Malfavon, will open the concert playing son jarocho, a style of Mexican folk music that reinforces the Mexican-American influences heard on the Indie Folk playlist.

Live performances at the museum this month are an offshoot of the exhibition Indie Folk: New Art and Sounds from the Pacific Northwest, with a playlist by Eric Isaacson of Mississippi Records. According to Isaacson, “the music genre Northwest Indie Folk could mean a lot of different things to different people. Our region is home to many cultures that have adapted their traditional folk music to the modern world: The term ‘Indie Folk’ would apply to them all.”

Concerts are produced in collaboration with the WSU Student Entertainment Board.

Dragging an Ox Through Water | Brian Mumford of Dragging an Ox Through Water uses homemade light sensitive electronics that respond to a candle’s random flicker to determine a lot of the sounds in his songs. He’s played in art punk band Sun Foot with local artists Chris Johanson and Ron Burns as well as other DIY bands such as Jackie O Motherfucker and the Deep-Fried Boogie Band. (Featured image above courtesy of beastiary.)

Raza NorthWest | This duo came together originally to play son jarocho, a style of folk music indigenous to the Veracruz region of Mexico. Some elements, including its principal instrument, the guitar-like jarana, have Spanish roots. Other aspects trace back through Cuba to Africa, such as the marimbol, a traditional bass instrument in the genre. Raza NorthWest performances take audiences on a journey featuring son jarocho, samba, pop and reggae; all are music with indigenous and folk roots that speak to common human experience. Darryl Singleton and Alan Malfavon are both new to the Palouse and WSU’s faculty.

LOCATION | The  Jordan Schnitzer Museum of Art WSU is located in the Crimson Cube (on Wilson Road across from Martin Stadium and the CUB) on the WSU Pullman campus. For more information please contact the museum at 509-335-1910. The museum is currently open Tuesday through Friday from 1-4 PM, Saturday from 10 AM to 4 PM, and closed Sunday and Monday.