Stream the program live on YouTube
Free and open to the public, no registration necessary.
This livestreamed talk accompanies the 2021 Master of Fine Arts Thesis exhibition

Join MFA graduate candidate Stephanie Broussard virtually as she takes the audience on a tour of her thesis exhibition in the museum’s Pavilion gallery. Traveling from many places to join the cohort at WSU, Broussard engaged in an intense two-year interdisciplinary studio program and met regularly with faculty members for group and individual critiques. Visiting artists and scholars provided diverse one-on-one insight into her creative work while the artist sharpened her confidence, convictions, and skills.

After the presentation, Stephanie will be joined by her MFA peers for a panel discussion regarding her work. The remainder of Broussard’s MFA cohort, who also entered the program of graduate study in Fine Arts in 2019, have elected to stay a third year due to complications of COVID-19. Broussard’s fellow MFAs have been an important part of her graduate experience, and the panel discussion will give this special group time to reflect on and celebrate Broussard’s effort and accomplishment.

Join guest curator Michael Holloman as he speaks about the exhibition Follow the River: Portraits of the Columbia Plateau, presenting portraiture of Plateau tribal members as commissioned in the mid-1930s by former WSC President Ernest O. Holland. As a counterpoint, tremendous Plateau cultural materials are included from the Museum of Anthropology WSU, as well as the Northwest Museum of Arts & Culture in Spokane. The program will revisit these documentary paintings while showing tribal permanence in the region. As many Nez Perce (and Plateau) peoples were painted on the Colville Indian Reservation at the time, it is appropriate that WSU Pullman and our multiple campus community better understand this history in the context and importance of our indigenous land acknowledgment.

Michael Holloman is an Associate Professor in the WSU Department of Fine Arts, and an enrolled member of the Confederated Tribes of the Colville Reservation. In this opening program he will be joined by Provost Elizabeth Chilton; Zoe Higheagle Strong, Executive Director for Tribal Relations & Special Assistant to the Provost and Director of the Center for Native American Research and Collaboration WSU; and Nakia Williamson, Cultural Resources Program Director of the Nez Perce Tribe.

Funding is provided by the Samuel H. and Patricia W. Smith Endowment and members of the Jordan Schnitzer Museum of Art WSU. 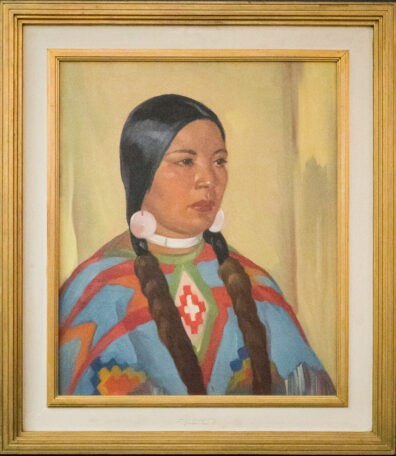 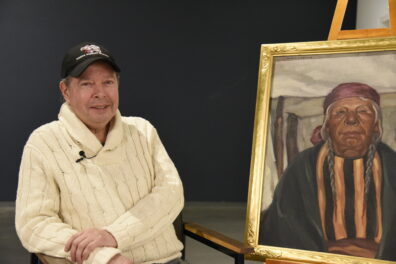