The museum commissioned Trimpin, a ground-breaking composer and sculptor who has lived and worked in Seattle since 1979, to design and create a major new work for the WSU community. Ambiente432 is a site-responsive installation exploring the sound-space continuum, demonstrating how an architectural environment may coexist and harmonize with a kinetic sound sculpture. Like much of his previous work, this installation combines Trimpin’s research in musical, acoustical, and sound sculpture design, joining music scores and kinetics with computer technology.

Comprised of 12 motion-responsive resonator horns suspended from the ceiling and organized in strategic configurations, the installation is tuned precisely to 432Hz. Known as Verdi’s ‘A’, this vibration frequency recurs in the tuning of ancient Tibetan singing bowls, Stradivarius instruments, and 20th century physicist W. O. Schumann calculated the Earth’s rhythms at a cycle close to the fundamental frequency of 432Hz. Ambiente432 is “played” by visitors themselves as they move through and activate the space, impacting their own immersive spatial and aural experience.

Funding for this exhibition is provided by the Samuel H. and Patricia W. Smith Endowment, the Holland/Orton Endowment, and members of the JSMOA.

Trimpin, who goes only by his last name, was born in Germany, in 1951, near the Black Forest. He spent several years living and studying in Berlin, working as a set designer and collaborating with artists from both Germany and the United States. He has worked and lived in Seattle since 1979. Trimpin received a MacArthur “Genius” award and a John Simon Guggenheim Memorial Fellowship for his investigations of acoustic music in spatial relationship, both in 1997. He holds an Honorary Doctorate in Musical Arts from California Institute of the Arts, which he was awarded in 2010.

LOCATION | The  Jordan Schnitzer Museum of Art WSU is located in the Crimson Cube (on Wilson Road across from Martin Stadium and the CUB) on the WSU Pullman campus. The hours of our six galleries are Tuesday – Saturday, 10 a.m. – 4 p.m., closed Sunday and Monday. For more information please contact the museum at 509-335-1910.

Trimpin describes his new composition for the Seattle Symphony 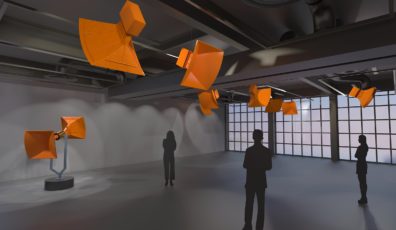 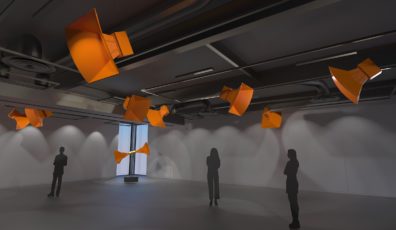